New look team set to lead tennis in the NT 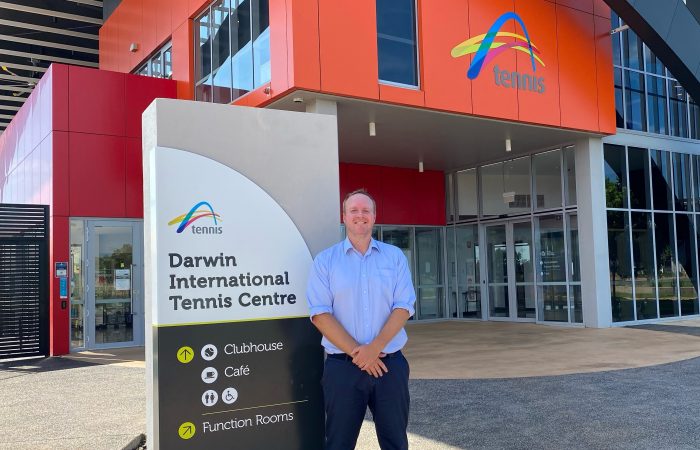 The Tennis NT Board are excited to announce the appointment of Tom George to the position of Chief Executive Officer.

George comes to Darwin from Western Australia, where he was the Tennis Australia National Development Squad Coach for the state overseeing player development in one of the elite player and coach development pathways in the country. During George’s tenure, WA experienced a particularly successful period for their athletes.

Prior to working for Tennis Australia, George followed an exceptional junior tennis career as a four-time National Champion, No.1 ranked Australian junior and A.I.S Scholarship holder. George earned an Economics degree while playing college tennis in the United States at Auburn University and went on to be admitted to the Bar in Queensland after completing a law degree.

The appointment coincides with the retirement of President David De Silva after 12 years of service to the Tennis NT Board.

Current Director Steve Rossingh has been elected by the Board to replace De Silva as President. A Tennis NT Board member since 2019, Rossingh has a strong background in accounting as a FCPA and formerly headed sport and recreation in the NT Government from 2007 to 2012. Rossingh is a life-long tennis player and avid fan of the game.

Rossingh thanked De Silva for his service and welcomed George to the team.

“David De Silva has served the local tennis community tremendously and under his leadership, we have seen a remarkable transformation with the multi-million-dollar development of the Darwin International Tennis Centre and the National Indigenous Tennis Carnival to the NT.

“We are delighted to appoint someone with Tom George’s diverse playing, high performance coaching and legal background as CEO at Tennis NT,” Rossingh said.

“The Tennis NT Board and Tennis Australia formed a joint selection panel to conduct a thorough recruitment process and we were very impressed with the quality of candidates.

“It’s an exciting time for tennis in the Top End as we continue to grow the game and further solidify our commitment to create more meaningful connections and opportunities for Aboriginal and Torres Strait Islander Territorians through tennis.

“I’m very excited to work with Tom to help lead the organisation as we continue to take tennis to the next level in the NT.”

George is honoured to join the team.

“I’m grateful for this exciting opportunity to lead the further development of tennis in the NT and to drive participation in this great sport,” George said.

“I am looking forward to working with the Board and leading the dedicated Tennis NT team as we head towards what promises to be a big year of tennis.”