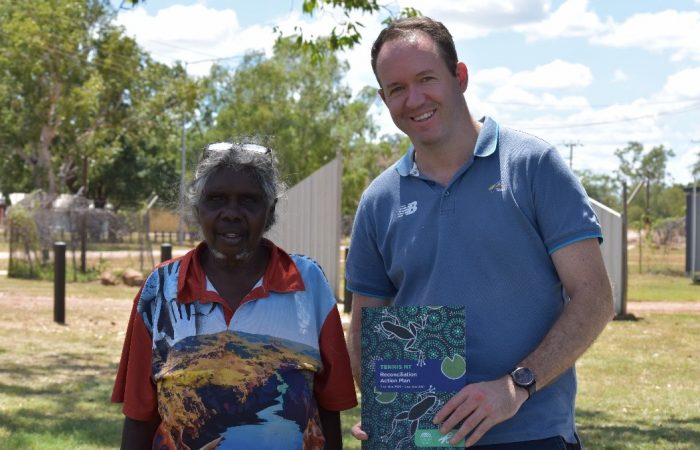 After more than eight years leading the organisation, Sam Gibson is stepping down as Tennis NT’s General Manager at the end of the month.

During his time at the helm, he has overseen a remarkable transformation of Tennis NT with the $18m development of the Darwin International Tennis Centre bringing international tennis tournaments and the National Indigenous Tennis Carnival to the Top End.

“Being a small part of growing our great sport in the NT over the past eight years has been an absolute privilege”, Gibson said.

“I want to thank the incredible team up here in Darwin along with the Tennis NT Board who have given me the opportunity to lead the organisation as well as all of our many stakeholders, Clubs, Coaches and our Government partners who have supported the growth in our sport.

“The launch of the National Indigenous Tennis Carnival in 2018, and the coinciding Indigenous Tennis Strategy, is a particular highlight of my time at Tennis NT and I look forward to seeing the next edition take place albeit as a spectator

“I am confident that I leave the organisation and the sport in a strong and healthy position and wish all stakeholders the best in the future” Gibson continued.

Tennis NT President David De Silva AM thanked Gibson for his service to the organisation and wished him luck on his next role.

“Sam has made an incredible contribution to our sport and wider-community during his time as General Manager at Tennis NT,” De Silva said.

“He leaves our organisation in a strong position to continue to grow the game across the NT as well as further solidify our commitment to create more meaningful connections and pathways for Aboriginal and Torres Strait Islander people through tennis.

“We wish him the very best of luck in his next endeavour.”

Gibson will remain in his role until the end of the month and will assist the Board and Management to ensure a smooth transition for the new General Manager. The Board has commenced the recruitment process for the role and further details will be made available shortly.