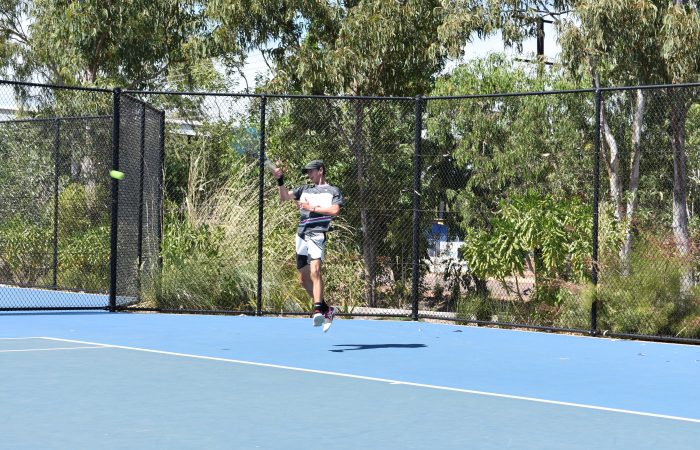 Girls and Boys Singles top seeds Natasha RUSSELL (AUS) & Kokoro ISOMURA (JPN) made light work of their opponents this morning at the Darwin Junior International, claiming their respective victories in 1.5 hours. The other end of the Boys Singles draw saw the upset of the day, with unseeded player Stefan BIANCHET (AUS) coming back from a set down to take out the #2 seed, Cooper WHITE (AUS) 6-7(5) 6-3 6-2.  Unfortunately, the local hopes were dashed today with the last of the locals bowing out, when Jett LEONG lost his battle to Edward VO (AUS) 6-2 6-4.

Thursday will see the Semi Finals actions get underway from 10:00am at the Darwin International Tennis Centre, with the Girls Singles starting the day off. Top Seed Natasha Russell will take on unseeded Darina KAMENOFF (AUS), whilst the 2nd and 3rd seeds Lara WALKER (AUS) and Sara NAYAR (MAS) battle it out for a place in the finals. The Boys Singles will follow with Top Seed Kokoro Isomura taking on 3rd seed Alex BULTE (AUS) whilst unseeded Stefan Bianchet hopes to continue his winning form against 4th seed Edward Vo.