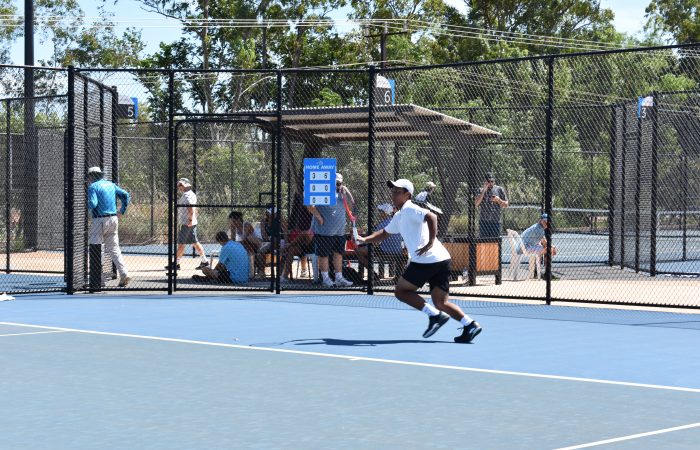 It was a tough day on court at the Darwin Junior International for the local contingent with all bar Jett LEONG going down in their matches. Jett went in as the underdog against fellow Australian Derek PHAM, who leads their head to head encounters 5 – 2. However it was Leong who proved his mettle and kept his composure following the loss of the second set, to come back and claim victory 6-3 2-6 7-5 in just over 2.5 hours.

It was a tough loss for 4th seeded doubles pairing Cooper WHITE and Peter POLITIS who went down in 2 hours to unseeded opponents Lachlan BRAIN and Ethan DUNN in a tightly contested match tie break, 7-6(10) 4-6 [10-8].

Leong aside, the remaining NT players set their sights on training hard for upcoming NT Junior International, for which qualifying begins on Saturday 01 June.