Racquet Roadshow touches down in the NT 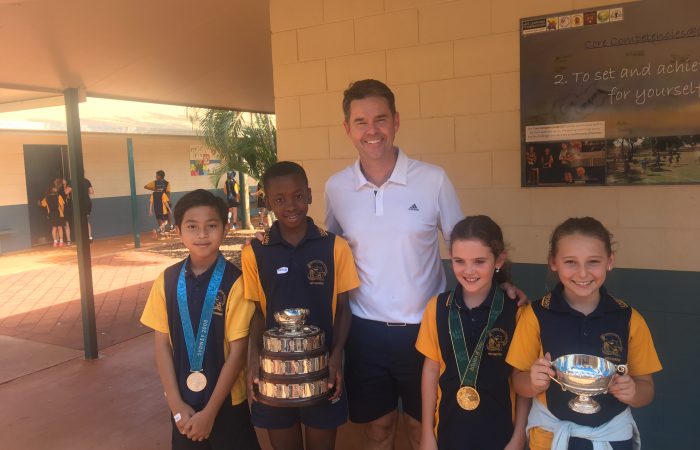 Over the past 2 days, ANZ and Tennis Australia partnered with Tennis NT to bring the ANZ Tennis Hot Shots Racquet Roadshow to 3 lucky schools within the Northern Territory.  Over 200 Hot Shots racquets were handed out to transition students by ANZ, alongside Tennis Australia ambassador and tennis legend Todd Woodbridge.

Day one took the team down to Katherine, visiting the 372 students at Casuarina Street Primary School. Todd took the students on a journey through his career from when he started at age 4 until his retirement with the assistance of a video presentation and interactive chat. Todd then brought out some of his favorite trophies and even posed for photos with his Olympic Medals, one of which was a gold!

Casuarina Street have been a key participant in Tennis NT’s Play Program, with Mr Greg doing a wonderful job of delivering tennis within the school to all year levels.

The journey continued with visits to two of Tennis NT’s Partnership Program participants, Holy Family Primary School in Karama and Gray Primary School in Palmerston.  After an additional 150 Hot Shots racquets were handed out, current and future players had the opportunity to hit with the tennis legend, who complimented the talent in the NT.

Thanks to Tennis Australia, ANZ and Todd for making this happen.

If your school is interesting in finding out more about either the Play or Partnership programs please contact Adam at Tennis NT on: [email protected] 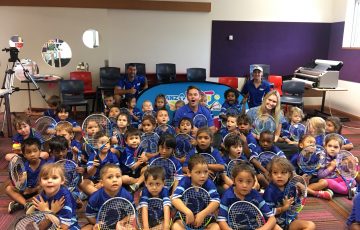 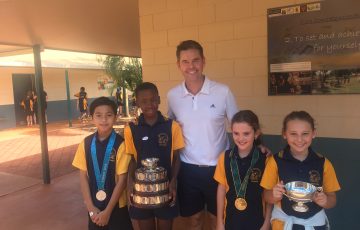 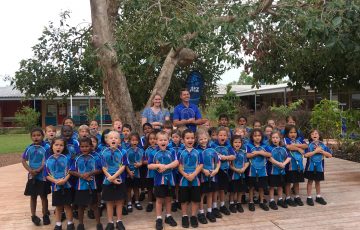 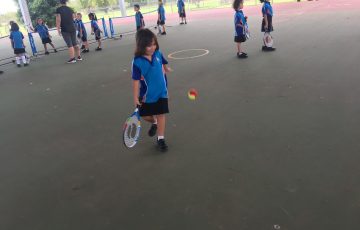