Interdistrict is one of the oldest tennis competitions in Australia, with the first competition between the Metropolitan District Tennis Associations being conducted in 1921.

The age eligibility for this competition for Seniors, Juniors and Blackwell & Angus & Coote Cups is as at 30 September 2019. For example, a junior playing in the 12 years and under event must not turn 13 before 30 September. If the player turns 13 on 1 October or later in 2019, you are eligible to play in the 12/Under event. 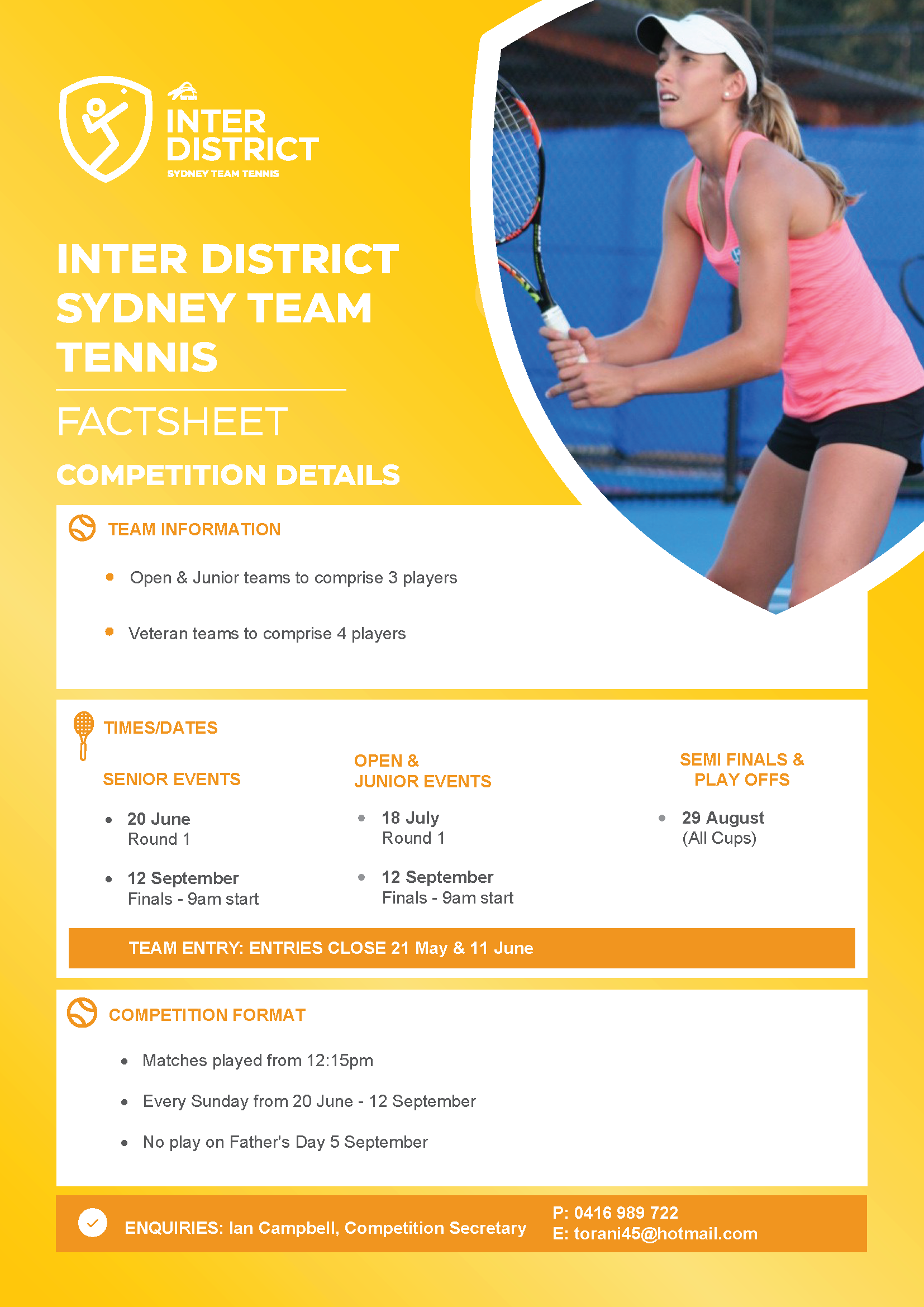