Sydney will host a cast of global tennis superstars when the new, one-off Sydney Tennis Classic, a WTA 500 and ATP 250 tournament is held at Ken Rosewall Arena from 10 to 15 January 2022. The combined WTA 500 / ATP 250 event will feature some of the world’s best players as they compete for a AUD$1.8m prize pot. The women’s field boasts nine Grand Slam champions who hold 14 singles titles between them, including World No1 Ash Barty. On the men’s side, three of the world’s top 20 will contest the ATP 250 tournament, as will Australia’s top male Alex de Minaur, who won a title in Sydney in 2019, along with David Goffin and Kei Nishikori, both former top 10 players.

With tickets from $39, and kids go free (except finals), this is your opportunity to see Grand Slam champions and the future generation of global stars up close and personal as they compete under the fully covered Ken Rosewall Arena. 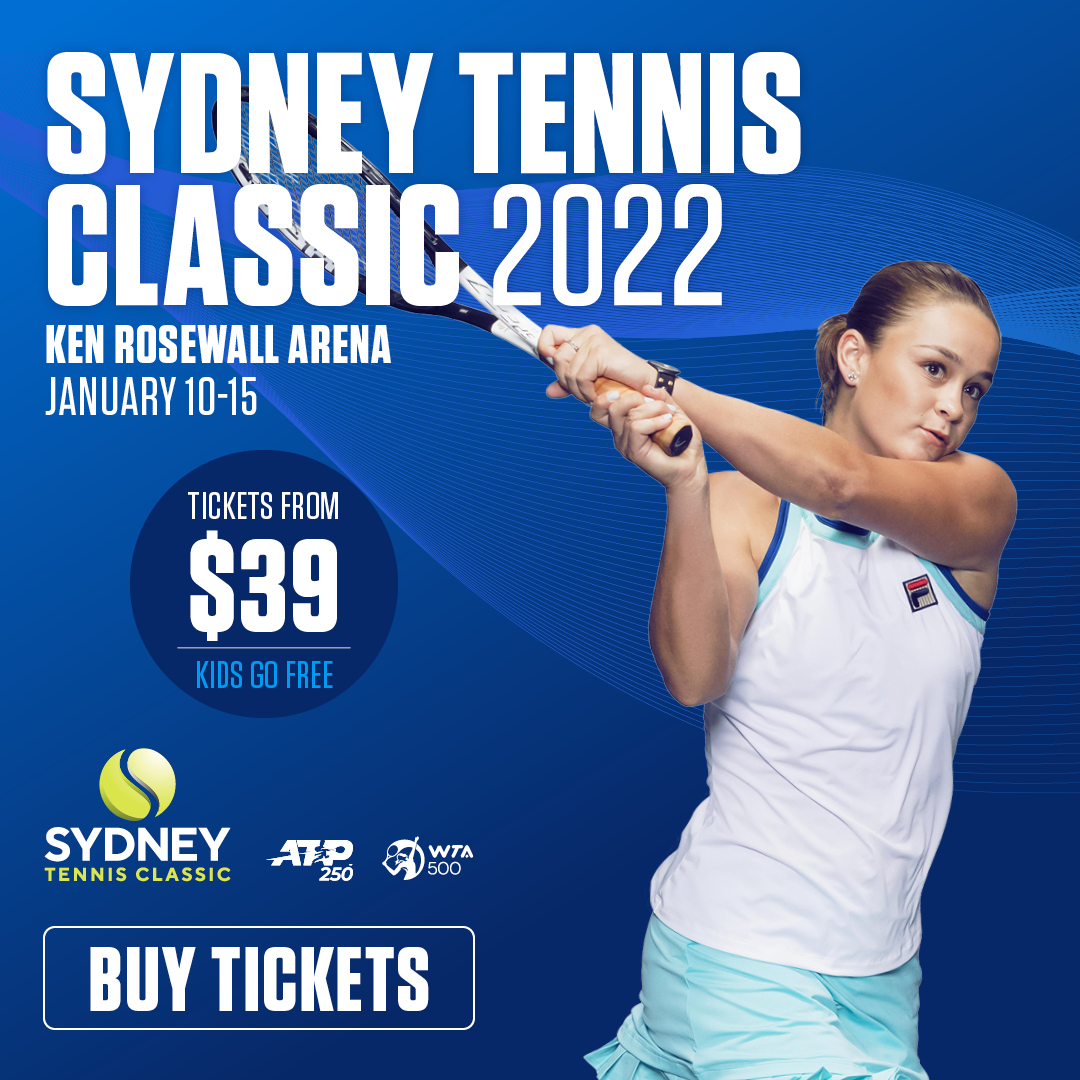