Australian James Duckworth has scored a three-set first-round victory against No.14 seed Roberto Bautista Agut in the final ATP Masters 1000 tournament of the season. 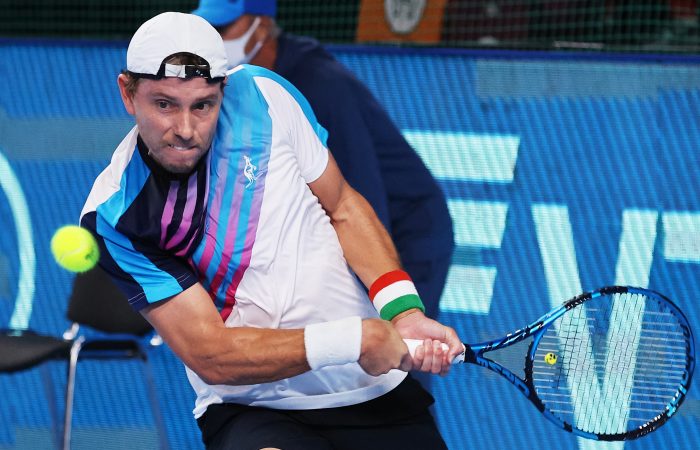 James Duckworth has eliminated world No.20 Roberto Bautista Agut in the opening round at the Paris Masters.

It is the 29-year-old Australian’s third career win against a top 20-ranked opponent, all of which have been recorded during a career-best 2021 season.

Duckworth served 12 aces to post a steely 6-4 5-7 7-6(4) victory in his tournament debut, impressively holding his nerve in the high-pressure final stages against the experienced 33-year-old Spaniard.

It is Duckworth’s fifth main draw win of the season at an ATP Masters 1000 tournament. He began the season with two wins in total at that level, highlighting his remarkable improvement over the past 12 months.

Australia’s Alexei Popyrin has also taken advantage of a lucky loser spot in the draw. The 22-year-old was a late replacement for South African Lloyd Harris and stunned top-ranked Australian Alex de Minaur 6-0 6-3 in a 56-minute first-round clash.