Aussies crash out at European Open

Alex de Minaur and Jordan Thompson have both been beaten in first-round singles action at an ATP 250 tournament in Belgium. 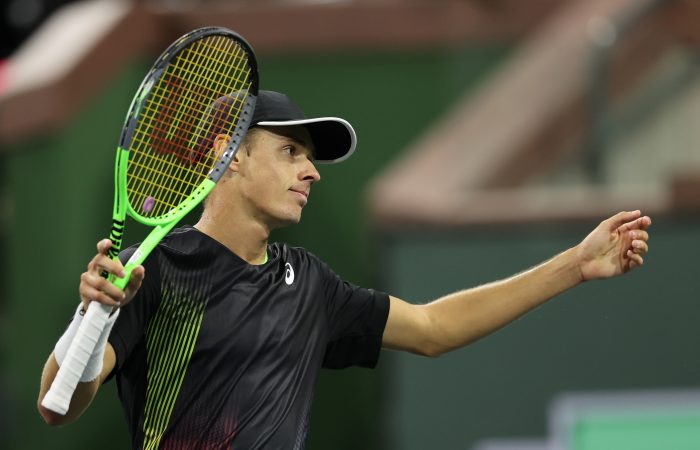 Australian hopes Alex de Minaur and Jordan Thompson are out of the European Open.

De Minaur felt pressure on his serve in the 85-minute match, winning only 48 per cent of service points against the No.79-ranked Nakashima.

It marks only the sixth time in De Minaur’s professional career that he has lost a 0-6 set at tour-level.

Spain’s Alejandro Davidovich Fokina proved too strong for Thompson, with the world No.44 conceding only 13 points on serve in a 6-3 6-3 victory.

It is Thompson’s fourth consecutive loss, a streak stretching back to the US Open.

Australian duo Luke Saville and John-Patrick Smith have lost in the opening round at the Kremlin Cup in Moscow.

Russian combination Karen Khachanov and Andrey Rublev had too much firepower, scoring a 6-2 7-5 victory in their first-round doubles clash.