James Duckworth has scored a straight-sets win against fellow Australian John Millman in the Nur-Sultan quarterfinals. 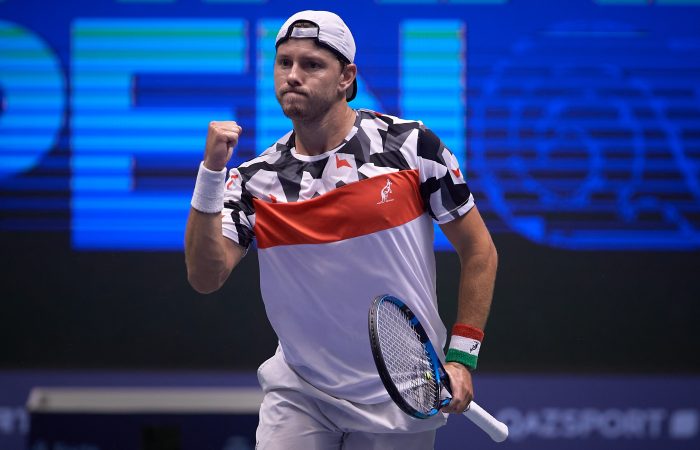 James Duckworth has advanced to his second career ATP-level semifinal – but had to defeat close friend John Millman to get there.

Duckworth scored a 6-4 6-4 victory in the all-Australian quarterfinal showdown at an ATP 250 tournament in Nur-Sultan, where Millman was the defending champion.

The 29-year-old Duckworth fired nine aces and saved seven of the eight break points he faced in the one-hour and 29-minute battle.

“It was really tricky,” said Duckworth. “John is a good player and we are really good mates.”

“It is always difficult playing someone so close to you, but you have to put that aside and focus pretty hard, and I was able to play a pretty good match.”

The world No.65 is yet to lose a set this week and has extended his current winning streak to eight matches, following his ATP Challenger title victory in Turkey last week.

Duckworth is now set to break into the world’s top 60 after reaching his first tour-level semifinal since February 2020.

To advance to a first tour-level final, Duckworth needs to defeat world No.52 Ilya Ivashka in the semifinals.

They have played twice already this season, splitting the results. The 27-year-old Belarusian won their most recent meeting in June.