It has been a tough day for Australians at an ATP 500 tournament in Dubai, with four Aussie players crashing out of the tournament. 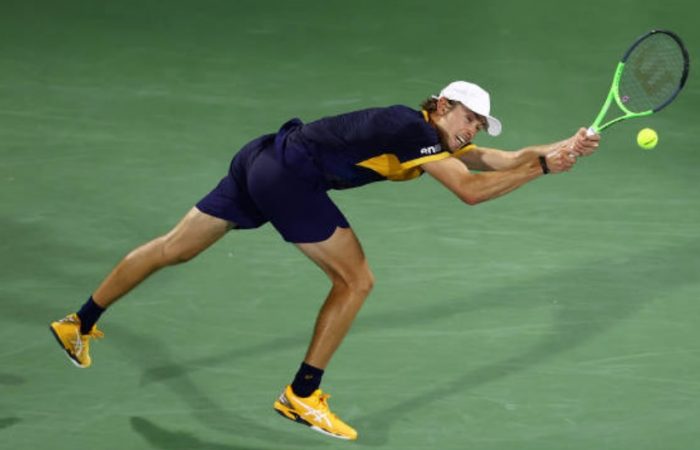 Alexei Popyrin and Matt Ebden are the last remaining Aussies in the Dubai men’s singles draw.

Alex de Minaur lost a three-set battle against France’s Jeremy Chardy in the second round of the ATP 500 tournament last night, while John Millman, Jordan Thompson and Chris O’Connell were all eliminated in the opening round.

De Minaur faced only two break points in his match – but lost both, with world No.53 Chardy taking his chances to record victory in one hour and 44 minutes.

Popyrin, who is on a six-match winning streak, plays eighth seed Karen Khachanov in the second round. It is the 21-year-old’s first career meeting against the No.22-ranked Russian.

Ebden, who received an opening-round bye following his semifinal run in Marseille last week, faces fourth-seeded Spaniard Roberto Bautista Agut. The world No.11 has won both of his previous meetings against Ebden.

Former world No.2 Vera Zvonareva has beaten Australia’s Arina Rodionova in the opening round of a WTA 500 tournament in St. Petersburg.

Rodionova had qualified for the event with two straight-sets victories, but proved no match for 36-year-old Zvonareva.