Barty: “I have the game on clay to do some damage”

Having returned home to Australia following her victory at the Miami Open, Ash Barty turns her attention to Fed Cup - and then a stint on clay in the run-up to Roland Garros. 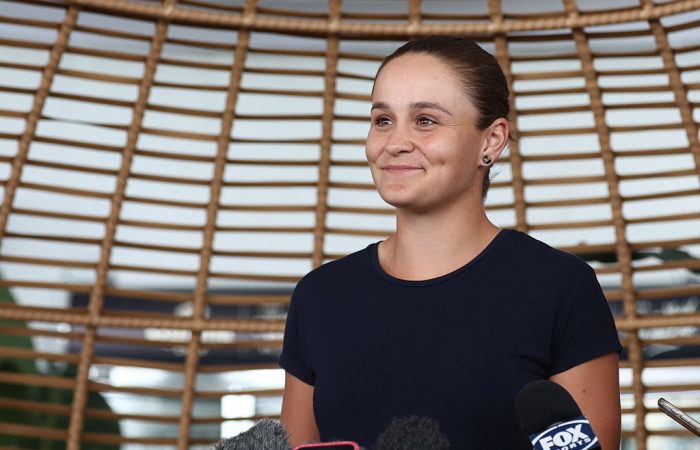 Ash Barty sees no reason why the clay season will slow her down as she sets her sights on “doing some damage” at the French Open.

The Queenslander was back on home soil on Wednesday after Sunday’s Miami Open victory propelled her to a career-high ranking of world No.9.

Barty will lead Australia’s Fed Cup semifinal charge in Brisbane later this month but is already eyeing the next Grand Slam in Paris.

Retired doubles great Todd Woodbridge led the chorus of praise following her Miami breakthrough, telling AAP she was capable of winning the French Open and going all the way to No.1.

The level-headed 22-year-old is aware of the hype but approaching it with a mix of caution and confidence.

“I think I have the game on clay to be able to do some damage, I just have to continue to learn how to use it properly,” she said.

“(The praise) is very kind of them, it really is, but I know I have a long way to go.

“But this clay-court season in particular is an opportunity to go out and learn more about myself on that surface.”

It took Caroline Wozniacki and Maria Sharapova to beat Barty in tight three-setters on clay in the build-up to last year’s French Open, while an unseeded Serena Williams did the same in the second round in Paris.

Barty thinks the worm has turned since then and with 14 different winners from 14 WTA events this season – a first on tour – knows the opportunity is there.

“A bit of a turning point was to play my brand of tennis and execute better on the big points,” Barty said of her Miami run.

“Yes it’s open but I also feel like it’s stronger than ever before. It’s about who can execute best on the day.

“I think for me, I’m moving in the right direction. I feel great, and I feel like I’ve got an opportunity to achieve some of my dreams.

Barty was taking in the sights of the World Surf League opener on the Gold Coast on Wednesday, saying she hadn’t yet had a chance to celebrate being the first Australian to crack the top 10 since Sam Stosur did the same in 2010.

She hinted there would a typically low-key toast with family and friends before returning to training ahead of the Fed Cup clash at Pat Rafter Arena on April 20-21.