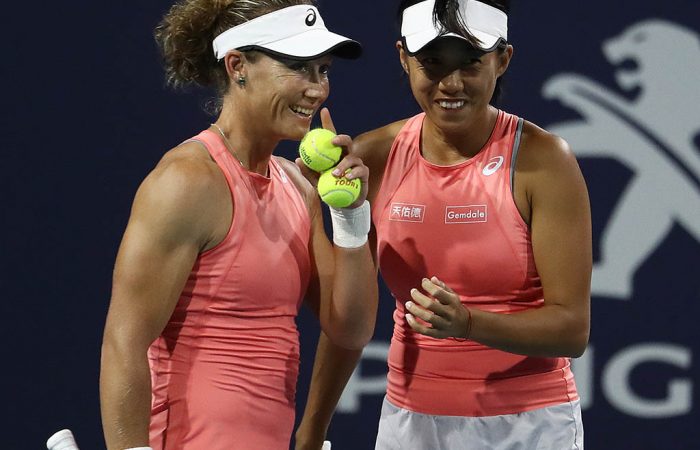 Sam Stosur and China’s Zhang Shuai are through to the final of the Miami Open after a hard-fought win on Friday night.

Mertens and Sabalenka ended Ash Barty’s hopes of doing the double in Miami as she and Victoria Azarenka went down 7-6(6) 7-5.

Barty will now turn her focus to taking on Karolina Pliskova in the singles final on Saturday (04:00 Sunday AEST).

In the second doubles semifinal, Stosur and Zhang let the first set slip from 6-3 in the tiebreak, but levelled from a break down in the second.

Some superb returning from Stosur helped the sixth seeds into a healthy lead in the match tiebreak and the pair clinched victory after almost two hours.

They must now face the in-form Mertens and Sabalenka, who are looking to complete the ‘Sunshine Double’ following their victory in Indian Wells earlier this month.