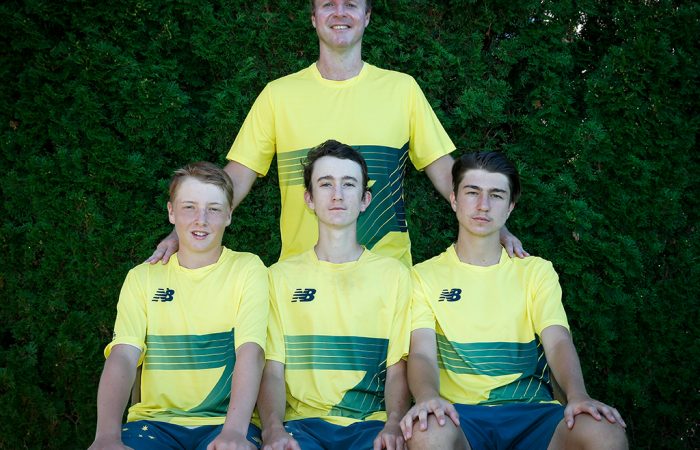 The Aussie 14-and-under team reached the quarterfinals after finishing second in their difficult round robin pool, upsetting defending champions Switzerland and [5] Canada 3-0 to secure their position in the knock-out stage before falling to eventual World Junior Tennis boys’ champs USA in their quarterfinal match.

The result is a surprising reward for the team, who cemented their position as the top 14/u junior boys’ tennis Asia / Oceania nation placing higher than China, Japan and Thailand at the event, something team Manager Tom George was particularly proud of.

“I am thrilled with the improvement of the team, especially the growth from finishing fourth at the Asia / Oceania qualifying in April to finishing as the top nation in this region and stunning some of the highest ranked teams along the way,” Tom George said.

“The boys got to experience a five week European tennis tour which has been great for the development of the team. Each day they improved bit-by-bit with every player capitalising on the amazing opportunity they were given which ultimately showed in their positive results at the World Junior Tennis Finals.

“If these players continue to show the hard work, professionalism and dedication I’ve seen over these five weeks, the next few years will be prosperous and exciting for these young players and their tennis journeys.