Lleyton Hewitt teams up with Alex de Minaur to beat second seeds Raven Klaasen and Michael Venus in the first round of doubles at the Estoril Open. 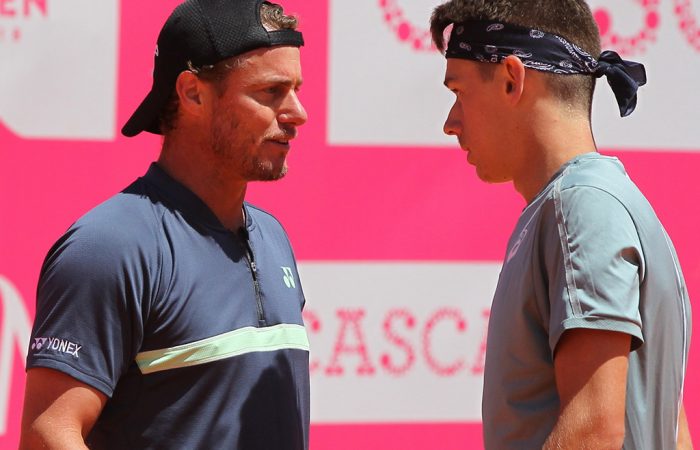 Lleyton Hewitt returned to ATP action with an impressive doubles victory alongside Alex de Minaur at the Estoril Open in Portugal.

The Australian pair knocked out second seeds Raven Klaasen and Michael Venus 6-4 6-4 in front of a packed crowd.

Hewitt, a two-time Grand Slam champion and former world number one, last played singles at the 2016 Australian Open but was making his third appearance of the year in doubles.

The 37-year-old Davis Cup captain and 19-year-old De Minaur won a tight first-round contest, taking the first set behind some solid serving and converting their only break point of the second.

“I don’t know if I ever retired from doubles,” Hewitt told millenniumestorilopen.com.

“Since I stopped playing at the Aussie Open, I’ve played a couple of doubles tournaments, for different reasons and situations.

“Earlier this year I played doubles in the Australian Open with a great mate of mine, Sam Groth, and we actually played really well. I was surprised with how I played and I really enjoyed it as well.

“For me to get the opportunity to play with a kid like Alex, to whom I know it means a lot – I really enjoy working with him and try to give him some knowledge of things that I went through.

REPORT: De Minaur eases into second round in Portugal

“He’s only just turned 19 so there are a lot of experiences I can pass on to him.”

Hewitt and De Minaur go on to face Britain’s Kyle Edmund and Cameron Norrie in the quarterfinals.

“To be on the same side of the court as him was incredible,” said De Minaur. “At some stages I was just laughing at his level. It’s insane how he hits the ball and this is a day I will never forget.”

The teenager takes on third seed Edmund in the second round of the singles on Wednesday. 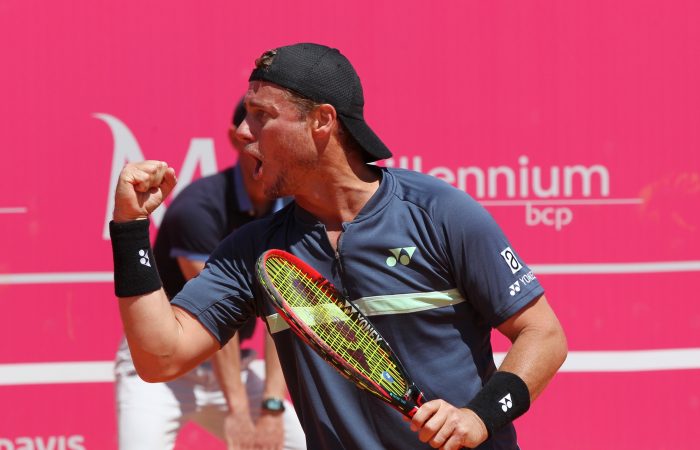 Lleyton Hewitt was back to winning ways (All photos: Millennium Estoril Open)