Ash Barty and American Coco Vandeweghe complete a remarkable week by claiming their first doubles title together at the Miami Open. 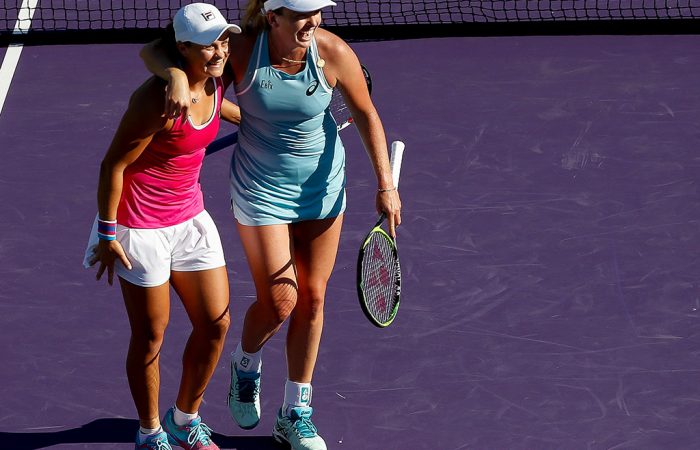 Ash Barty and American partner Coco Vandeweghe won their first title together as they swept past Czechs Barbora Krejcikova and Katerina Siniakova at the Miami Open.

After beating Australian Open champions Timea Babos and Kristina Mladenovic in round one, and No.1 seeds Ekaterina Makarova and Elena Vesnina in the semi-finals, the unseeded Australia-US partnership completed the job in Sunday’s doubles final.

Barty and Vandeweghe broke serve five times as they beat the sixth seeds 6-2 6-1 in just 63 minutes.

“CoCo, it’s been a hell of a start to our partnership,” said Barty, who will rise to No.7 in the new doubles rankings.