Victorian Jeremy Beale follows up his recent doubles success with another semifinal appearance in Mornington. 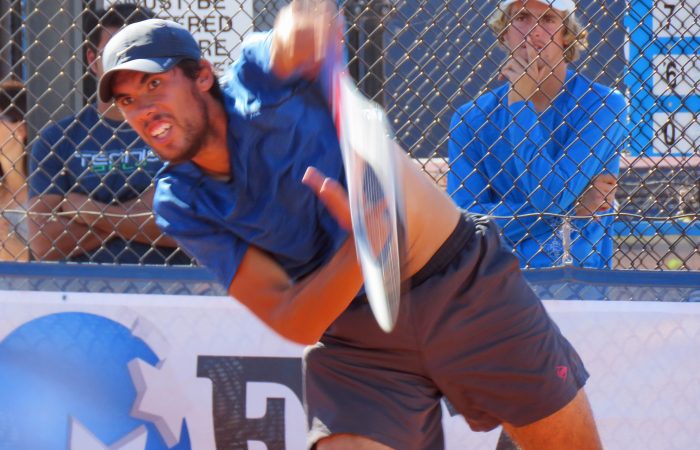 Jeremy Beale has reached the semifinals at the Mornington Peninsula Tennis International #1 after stunning fourth seed Blake Eliis 6-0 6-3 on Friday.

“I was definitely feeling good. I had nothing to lose so I came out swinging and it obviously worked,” Beale said. “It’s the first time we’ve been on the same court, but he has a similar game to mine.

“He started a bit slow and I was able to capitalise.”

Beale, 23, has been enjoying a solid run on the Australian Pro Tour of late, most notably in doubles where he has picked up two consecutive titles with Thomas Fancutt, in Renmark and Mildura. While the pair lost in the opening round in Mornington, Beale signalled a change in head space as a factor in his improvement.

“My mentality is a lot better, I’m competing for every point,” said the Melburnian. “I guess that’s the big difference.”

The sixth seed said he arrived in Mornington feeling the pressure of points to defend after a semifinal appearance in the second tournament here last year.

“I’ll be able to go out tomorrow and play freely now,” he said now that the burden has been lifted.

Standing in the way of a finals berth will be second seed Max Purcell who overcame Queenslander Fancutt in a tight three sets. Fancutt, a finalist in Mildura, remained in impressive form this week and pushed Purcell all the way, with the Sydney teenager eventually prevailing 5-7 7-5 6-2.

Meanwhile, another teenager, Victorian Matthew Romios, has quietly made his way to the last four, ending proceedings quickly in his 6-4 3-6 6-0 quarterfinal victory over Aaron Addison.

He will face top seed Marc Polmans who continues to his impressive Australian Pro Tour run. The Victorian is looking to snare his fourth consecutive title after lifting the trophy in Launceston, Renmark and Mildura. He is yet to drop a set this week and appeared in ominous touch as he sailed past wildcard Lucas Vuradin 6-4 6-2 on Friday.