Jovanovic a maiden semifinalist in Mildura 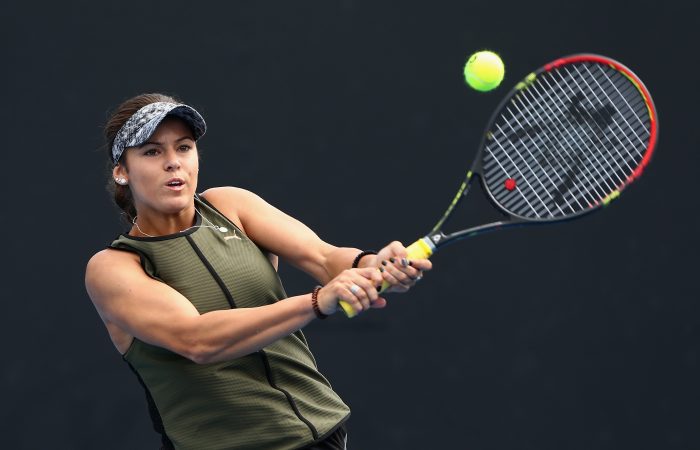 Masa Jovanovic is the last remaining Australian woman at the Mildura Grand International having moved through to her first ITF Pro Circuit semifinal on Friday.

After a tight first set, which the Serbian-born Victorian took in a tiebreaker, seventh seed Olivia Tjandramulia was forced to retire after a fall, handing Jovanovic safe passage to the last four where she will meet experienced Frenchwoman Sherazad Reix.

“I feel like it’s just another match. Less pressure. Less thoughts,” Jovanovic said of the upcoming encounter against the second seed. “I’ve never played her in singles so it will be interesting to see how I go.”

After edging past Alexandra Bozovic in a deciding set tiebreaker to open her campaign in Mildura, the 23-year-old world No.591 has enjoyed a solid week.

“I’m feeling really good,” she said. “Before I came to Mildura I’d had a bit of a break, a four-week block of training where I just got my thoughts together and approached things a little bit differently. It was really good for me to get my head in the right place and I feel like I have a bit more of a fighting spirit now.

“I’m really happy with the way things are going.”

West Australian Maddison Inglis – who has been impressive on the Australian Pro Tour of late, reaching the semifinals in Perth – was unable to halt the progress of top seed Gabriella Taylor, falling 6-2 7-5.

Taylor will face her countrywomen Katy Dunne (No.3) for a finals berth after she defeated Ukrainian Marianna Zakarlyuk 7-5 6-3.

The British pair also combined on Friday to claim the doubles title, the second seeds needing to recover from a first set deficit to overcome Australians Tjandramulia and Alexandra Bozovic 5-7 7-6(4) [10-5].