Thomas Fancutt has defeated second seed Andrew Whittington in the second round of the ITF Futures event in Mildura. 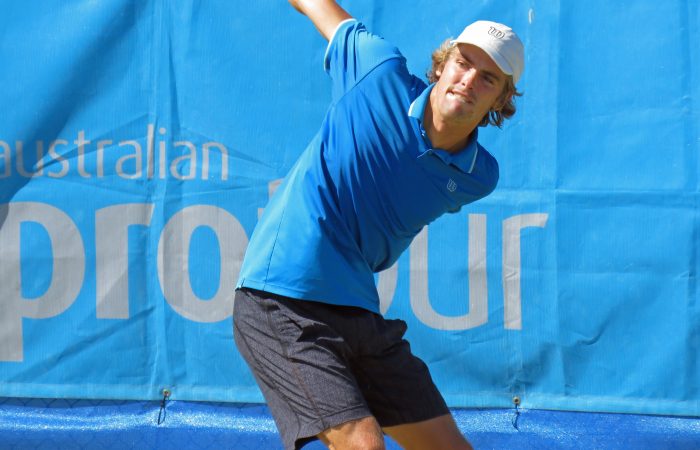 Queenslander Thomas Fancutt has upended second seed Andrew Whittington to move into the quarterfinals at the Mildura Grand International.

Nothing separated the duo early before they traded breaks ahead of a first set tiebreaker.

“The breaker was a flip of the coin,” Fancutt said. “I had to save a few set points and it felt like a really high level. I got some massive momentum winning that one and going into the second.

“It was a bit of a rollercoaster after that I just tried to keep competing. I got a late break and was able to serve it out which I’m pretty pumped about.”

The current world No.750 said the win was definitely one of the best of his career. “I’ve been working hard so it’s a good start for the rest of the year,” he added. “I’m definitely looking to step up and be a regular on the ATP Challenger tour.

After making the quarterfinals in his first ever appearance at Mildura several years ago, the 23-year-old now has the opportunity to go further. Standing in in his way is Tasmanian Harry Bourchier, a 6-0 6-4 winner over Calum Puttergill on Thursday.

“We know each other really well but it’s the first time we’ve played competitively,” Fancutt said.