Popovic on the march in Mildura 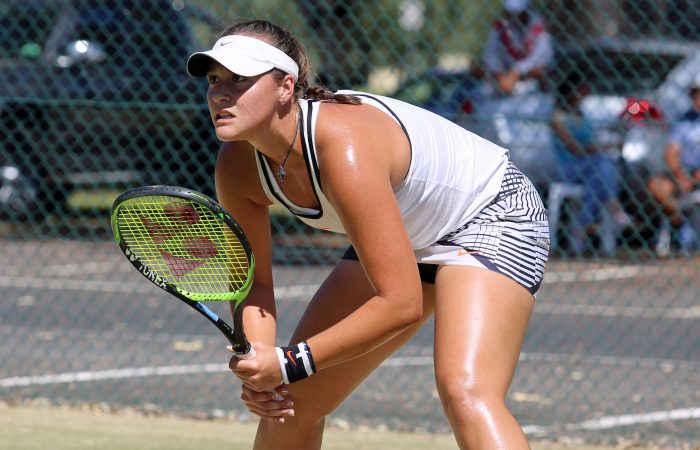 Sydney teenager Ivana Popovic has made the second round at the Mildura Grand International after a convincing straight sets victory over fellow qualifier Maree Teiwa Casey on Tuesday.

“It’s a very big thing for me, especially as a 17-year-old, still developing my game,” Popovic said. “I’ve qualified a few times and made first round (at ITF Pro Circuit level) but haven’t been able to pass that barrier, so winning today means giving me that extra confidence and boost.

“Hopefully I can push further through this tournament.”

Popovic was impressive in her run through qualifying as the No.4 seed, entering the main draw without the loss of a set. She also reached the quarterfinals at the Australian Open Junior Championships.

“I’ve made a statement now and my goal for the rest of the year is to pursue the Pro Circuit,” she said.

Looking ahead, Popovic will face in-form Brit Katy Dunne, the third seed and a recent finalist in Perth.

“I’ve heard of her and I’ve seen her play,” Popovic said. “There’s definitely pressure going in but most of it is on her. She’s playing a junior player who is into the second round and she’s got something to defend where I just need to go in and show her what I’m made of.”

The teenager is also excited to play on the Mildura grass saying that her enduring vision is one day winning Wimbledon, “so stepping out onto a grass court is always something special”.