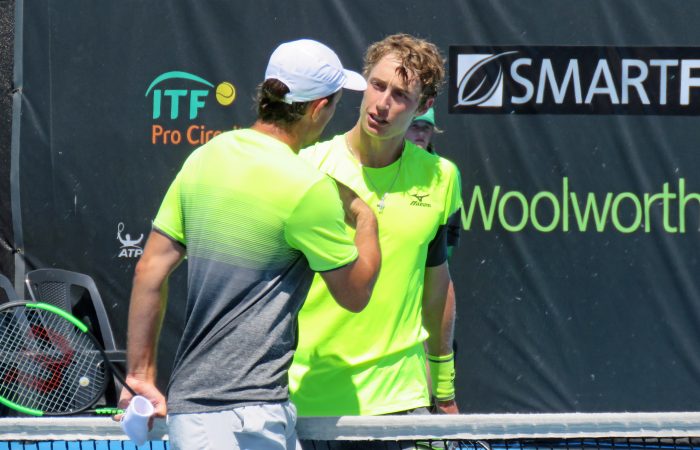 The Victorian took less than an hour to defeat Mousley 6-2 6-2.

“I’m pretty excited,” Polmans, 20, said. “I couldn’t have asked for a better start to the match. I was able to get a break in the first game which really settled the nerves, but I was still pretty relieved when that last point was played.

“To get the win today was extra special, having been there once before but lost,” he added, referencing his only other ATP Challenger final appearance – a loss to James Duckworth in Canberra in 2016.

“I’m not going to forget Launceston for the rest of my career. Hopefully I can come back in the next few years.”

Polmans enjoyed a stand-out week, not dropping a set throughout the tournament.

“I’ve been really happy with how I performed,” he said. “It’s a big confidence booster for me and shows that my game’s going in the right direction.

“But next week it’s back to training. I need to just be taking one step at a time.”

The title win also pushes Polmans back within reach of a top 200 world ranking.

“Last year I reached a career high (No.175), so this year I want to do a little better,” he said. “One of my goals was to play qualifying at all the Grand Slams and I think after this week I should be hopefully back in that range.”

In the rain delayed men’s doubles final, Mousley was able to take some solace as he and fellow South Australian Alex Bolt, the second seeds, accounted for Americans Serkei Bangoura and Nathan Pasha 7-6(6) 6-0.

The women’s title was taken out by Brit Gabriella Taylor who proved too strong for fourth-seeded American Asia Muhammad, winning 6-3 6-4 in 81 minutes.