John Millman's victory over eighth seed Yuichi Sugita has set up a second-round clash with local Benoit Paire at the ATP tournament in Montpellier. 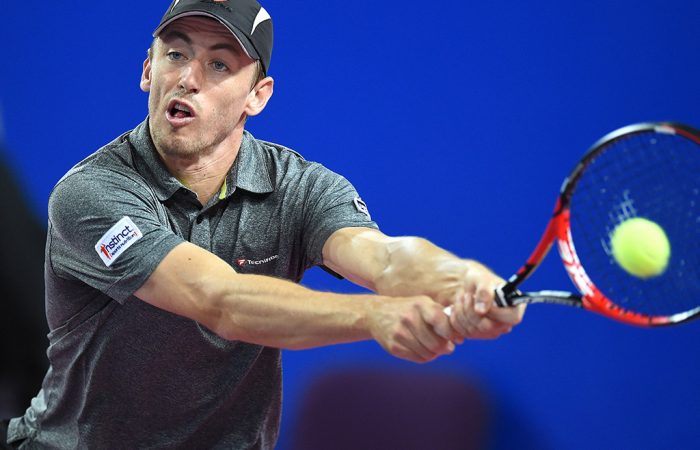 John Millman has advanced to the last 16 of the Open Sud de France in Montpellier.

The 28-year-old Queenslander caused an upset when he eliminated No.8 seed Yuichi Sugita in three sets.

The victory sets up a last-16 clash with Frenchman Benoit Paire, who earlier overcame Mischa Zverev in his opening-round match.

The 33-year-old Simon had won two of their three previous matches but dropped his serve six times.

Gasquet did not face a break point and next plays Pierre-Hugues Herbert, who won 7-6(4) 6-7(5) 6-4 against Kenny De Schepper in an all-French match.