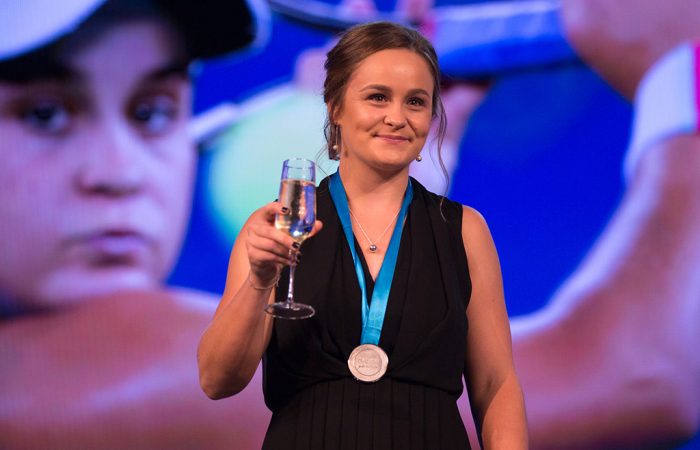 The win caps off a breakout 12 months for Barty where she finished the year ranked in the top 20 at No.17.

After an 18-month break from the sport, the 21-year-old returned in 2016 and climbed to the career-high ranking after starting 2017 outside the top 200.

The Queenslander’s highlight of the year came at the Malaysian Open in Kuala Lumpur where she took out her first WTA singles title.

This is the second time Barty has been nominated for the award, after she and doubles partner Casey Dellacqua were nominated as a pair in 2013.

A highlight of the evening’s celebrations was the presentation of the Spirit of Tennis Award to the former Victorian Premier John Cain who was instrumental in the development of the Melbourne Park precinct.

Archie Graham (Qld) was awarded the Most Outstanding Athlete with a Disability.

Most Outstanding Athlete with a Disability
Archie Graham (Ipswich, Qld)