Barnesy to Smash MND at the tennis

Jimmy Barnes will be the headline act for the first ever FightMND charity concert, hosted at the AO Live Stage by Tennis Australia and Mushroom Records. 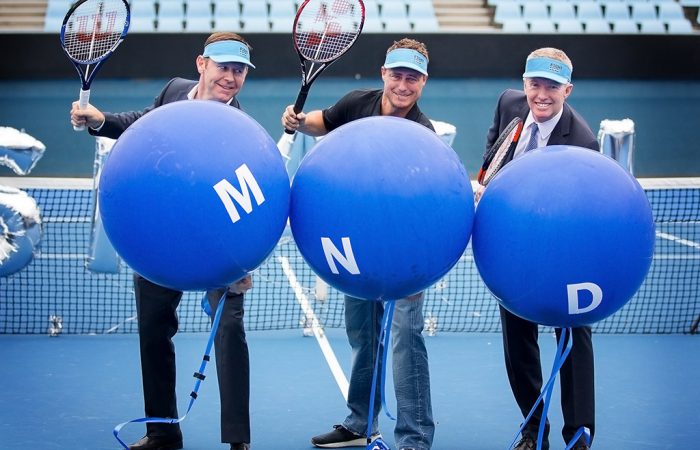 Tennis Australia, in association with Mushroom Events, is delighted to announce Australian rock icon Jimmy Barnes as the headline act for the first ever FightMND charity concert at the AO Live Stage.

The event is a pinnacle feature of the new summer campaign Smash MND that launched today, continuing to support and raise funds for the fight against Motor Neurone Disease (MND).

“This is a cause close to the hearts of many of us in the tennis and sporting community, and as such is an extremely important partnership for Tennis Australia,” Australian Open Tournament Director, Craig Tiley said.

“MND has taken the lives of some of the great people involved in our sport, notably Brad Drewett, Angie Cunningham, and most recently Peter Doohan.

“All of us in tennis have the desire to support FightMND in their mission to find a cure and support those suffering the disease.”

“FightMND is excited to partner with Tennis Australia to raise further funds in the hope that one day we can all live in a world free of MND,” Neale Daniher, Patron of FightMND, said.

“Two people died yesterday from MND, two will die today and two tomorrow. For these people, we keep fighting. If we fight today, others won’t have to lose the battle to MND in the future.”

“I could not think of a more worthy concert to support, said Barnes.

“Let’s dig deep and help find a cure for a disease that affects the lives of so many people every day.”

FightMND is the leading independent Motor Neurone Disease (MND) Foundation in Australia. The Foundation has a strong focus on raising funds to support the best and brightest MND research around Australia to ultimately find a cure.

Until a cure is found, FightMND is supporting those currently living with the disease by funding vital equipment and aides in order that they may maintain independence, dignity and an improved quality of life.

MND is a terminal neurological disease which attacks the motor neurones within the body until they waste away and die.

Motor neurones are required for muscle movement and without them, MND sufferers can no longer walk, talk, swallow and eventually breathe. Currently, there is no treatment and no cure.

Jimmy Barnes and support act Dallas Crane will play at the AO Live Stage at Birrarung Marr on Sunday 14 January 2018, with gates opening from 3:00pm.