Bernard Tomic will fly the Aussie flag at this week's ATP 500 event in Vienna, while Ash Barty and Casey Dellacqua will feature in doubles at Singapore's WTA Finals. 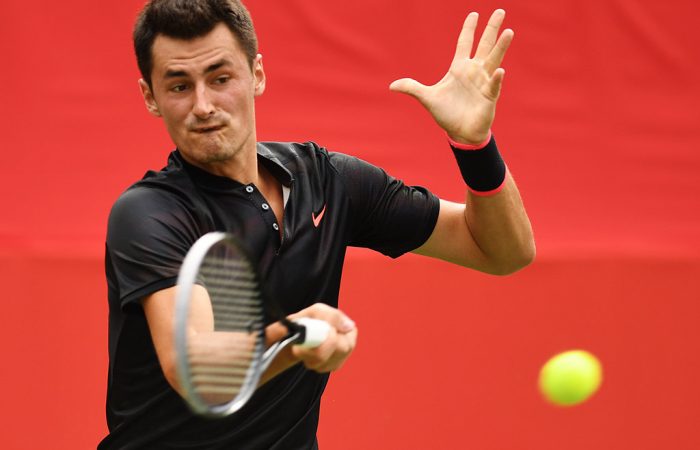 Bernard Tomic will take on qualifier Pierre-Hugues Herbert in the opening round of Vienna’s Erste Bank Open 500.

The pair have not met in more than two years and have split two career meetings; Tomic won their most recent, in the second round of Wimbledon in 2015.

The winner of the match faces a likely second-round showdown with No.5 seed John Isner, should the American get past Philipp Kohlschreiber.

After a slump following Eastbourne where he fell in the first round at Wimbledon, the US Open and in Chengdu, Tomic has stopped the rot in recent weeks, reaching the final round of qualifying in Antwerp last week and advancing to the second round of the ATP 500 event in Tokyo before that.

In doubles, Ash Barty and Casey Dellacqua are among the eight teams lining up in Singapore for the prestigious WTA Finals.

This is the first time both Barty and Dellacqua have contested the season-ending event, after narrowly missing qualification in 2013. Dellacqua sustained a concussion and withdrew from the 2015 event after qualifying with Yaroslava Shvedova.

The doubles draw will be conducted on Tuesday evening in Singapore. The singles event is already underway.