Barty to become Australian No.1

Ash Barty will cap a magnificent comeback season when she rises to the Australian No.1 ranking next week. 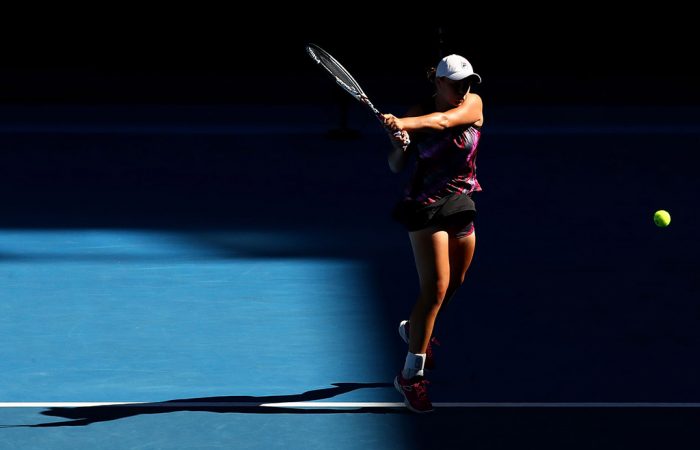 Ash Barty will take over the top Australian ranking from Daria Gavrilova when next week’s WTA rankings are released.

Barty is projected to rise to a career-high ranking of No.21 on Monday, with Gavrilova slipping back to 24th after falling early in Moscow this week.

Gavrilova reached the final in Moscow last year, meaning she did not defend the hefty amount of points she’d accrued under the 52-week rolling ranking system.

The ascent to No.1 caps an incredible year for Barty, who played her first full season on tour since 2013.

She stepped away from the singles arena in September 2014 and only returned in May 2016.

In 2017, she won her first WTA title in Kuala Lumpur and reached Premier-level finals in Birmingham and Wuhan. She also reached the third round at both the Australian and US Opens.

The Queeslander is the third player to hold the No.1 Australian ranking; Sam Stosur extended her reign at the top to an unbroken 452 weeks before Gavrilova assumed the mantle immediately following Roland Garros.

Barty, Gavrilova and Stosur have all won WTA titles in 2017 and will be the first three women from Australia to simultaneously finish the season inside the top 50 since 1989.