Ellen Perez, the young Aussie star coming through the US college system, jumped 60 places in the latest rankings after turning her attention to the ITF circuit. 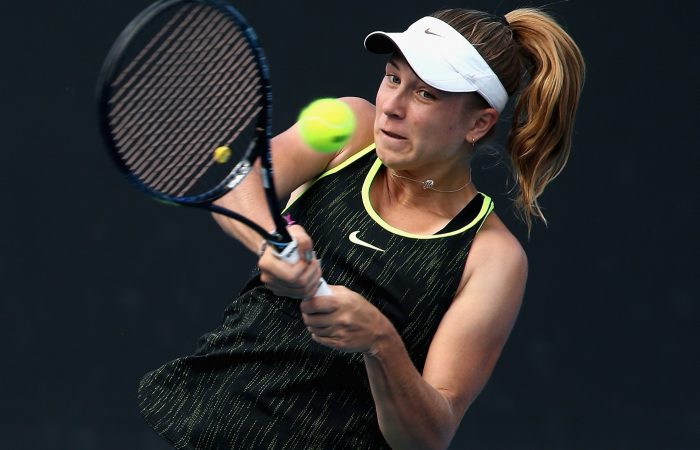 This time last year, Ellen Perez came to the attention of more Aussie tennis fans when she won a wildcard play-off for a place in the main draw of the US Open.

This year, she’s starting to have an impact on the ITF circuit, her recent run to the final of the $25,000 event in Gatineau, Canada pushing her 60 places up to a career-high ranking of No.363.

Perez, who plays college tennis for the University of Georgia, returned to the ITF circuit when the college season concluded in late May.

Since then she’s played six ITF events, also reaching the semifinals in Auburn, Alabama. This week she’s in Fort Worth, Texas, in the draw with fellow Aussies Storm Sanders, Tammi Patterson and Kimberly Birrell.

Also improving her ranking was Priscilla Hon, who jumped 29 places to 357th after reaching the semifinals in Gatineau.

On the men’s side, Max Purcell rose 30 spots to No.367 after advancing to the quarterfinals of the ATP Challenger event in Granby, Canada.

In the second round he beat fellow Aussie Bradley Mousley, who this week went up 28 places to 398th.