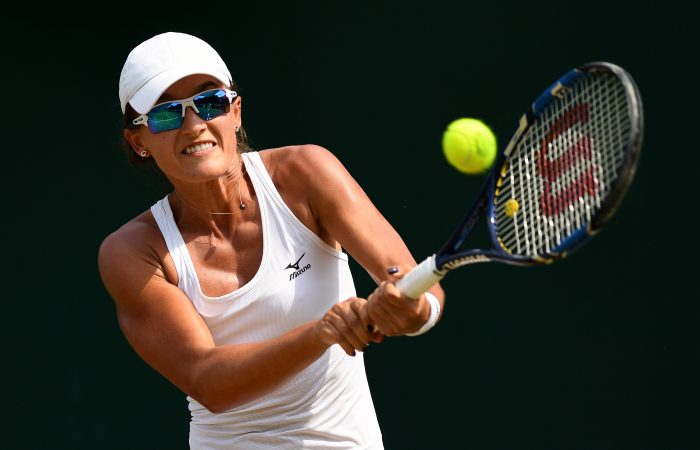 Patience and hard work has paid dividends for Arina Rodionova, who has sky-rocketed up the WTA Tour rankings after her career-best performance at Wimbledon.

The 27-year-old from Melbourne qualified then stunned No.16 seed Anastasia Pavlyuchenkova in the first round at the All England Club.

After her first Grand Slam singles main draw win, Rodionova improves her ranking by 32 places to a new career-high of No.134. It betters her previous best of No.157, set in 2010.

Aiava jumps 19 spots to No.152 after reaching the final round of Wimbledon qualifying, while Cabrera improves 13 places to No.155 after making the second round of qualifying.

Daria Gavrilova remains the top-ranked Australian woman at No.24, followed by Sam Stosur at No.38 and Ashleigh Barty at No.57.

Casey Dellacqua is the highest-ranked Australian doubles player, rising to No.16 after reaching the Wimbledon quarterfinals alongside Barty (who improves four spots to No.17).

Monique Adamczak has set a new career-high doubles ranking of No.79 after reaching the Wimbledon second round. Partner Storm Sanders improves 19 spots to No.92, entering the top 100 for the first time in her career.

Nick Kyrgios is still the top-ranked Australian man at No.20, with Bernard Tomic at No.69 and Jordan Thompson at No.80.

Andrew Whittington returns to the world’s top 200 after qualifying at Wimbledon, while 18-year-old Alex De Minaur continues to soar up the ranks, improving 16 places to No.228.

There are currently nine Australians ranked inside the world’s top 100 in doubles, led by Wimbledon semifinalist John Peers at No.3.