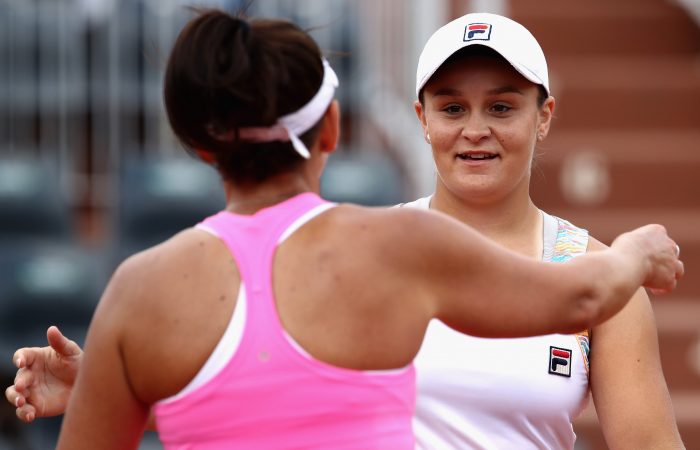 In extending their claycourt winning streak to eight matches, Dellacqua and Barty reached the French Open quarterfinals with a 7-6(2) 6-4 victory over Gavrilova and her Russian partner Anastasia Pavlyuchenkova.

A mixed doubles champion at Roland Garros in 2011 with American Scott Lipsky, Dellacqua has been a Grand Slam bridesmaid in six women’s finals, including the Australian Open, Wimbledon and US Open with Barty in 2013.

Dellacqua and Barty, quarterfinalists at the Australian Open in January and two-time WTA champions so far this season, next play Romanian Irina-Camelia Begu and China’s Zheng Saisai for a spot in the last four. The match is scheduled on Court 2 tonight.

The 32-year-old Dellacqua remains on track for a doubles double in the French capital after also remaining alive in the mixed event with American Rajeev Ram.

Dellacqua and Ram raced past the Czech-Polish combination of Lucie Hradecka and Marcin Matkowski 6-1 6-3 in the quarterfinals last night.