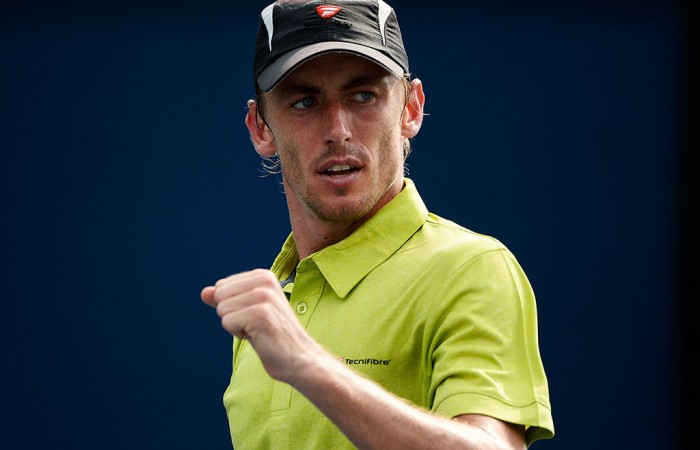 John Millman has forced his way into the quarter-finals of the Open Sud de France to continue his good form from the Australian Open.

The world No.78 showed plenty of tenacity by coming from a set down before beating local favourite Edouard Roger-Vasselin 4-6 6-1 6-4 in their last 16 clash.

Millman, who rose 17 places in the world rankings after his third round loss to Bernard Tomic at the Australian Open, defeated Julian Benneteau in the first round.

The news got even better for the 26-year-old Queenslander as his fancied opponent in the quarter-finals, tournament No.4 seed Benoit Paire, was upset 6-3 6-3 by fellow Frenchman Paul-Henri Mathieu .

Despite never having played Mathieu before, Millman will fancy his chances against the 34-year-old Frenchman who is ranked 93 in the world.

With tournament No.2 seed Marin Cilic, Paire, Gael Monfils (No.5) and Borna Coric (No.7 seed) all eliminated, the Australian becomes the highest-ranked player in the bottom half of the draw.

Should he beat Mathieu in the last eight, he will come up against either world No.121 Michael Berrer of Germany or Alexander Zverev (No.85) for a place in the final.

In the opposite half of the draw, top-seeded Richard Gasquet takes on Marcos Baghdatis for a place in the final four.

The winner of that match will meet either German qualifier Dustin Brown or Ruben Bemelmans for a berth in the final.