Australian Jason Kubler's magical run on the clay courts of Dusseldorf, Germany has come to an end at the hands of Denis Istomin on Wednesday. 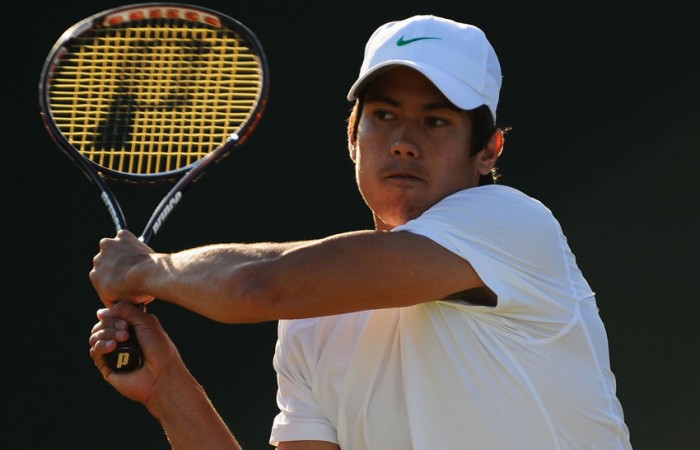 Australian Jason Kubler’s magical run on the clay courts of Dusseldorf, Germany has come to an end at the hands of Denis Istomin on Wednesday.

Istomin beat Kubler in the second round 3-6 6-4 6-2 in 98 minutes, just a few hours after Kubler had won his first ever ATP main draw match.

In that encounter, the 21-year-old from Brisbane had to endure an overnight suspension in play against Alessandro Giannessi on Tuesday with scores locked at one set apiece.

Yet shrugging off that distraction, he returned to the court on Wednesday morning to romp through the third set and complete a 7-5 3-6 6-1 victory.

That watershed result came after Kubler had won three matches in qualifying to advance to the main draw.

Ultimately, however, fatigue caught up with the Australian, who saw his four-match winning streak snapped by Istomin, the world No.57.

The 352nd-ranked Kubler is expected to make a big leap in the rankings toward his career high of No.268, achieved in October 2012.