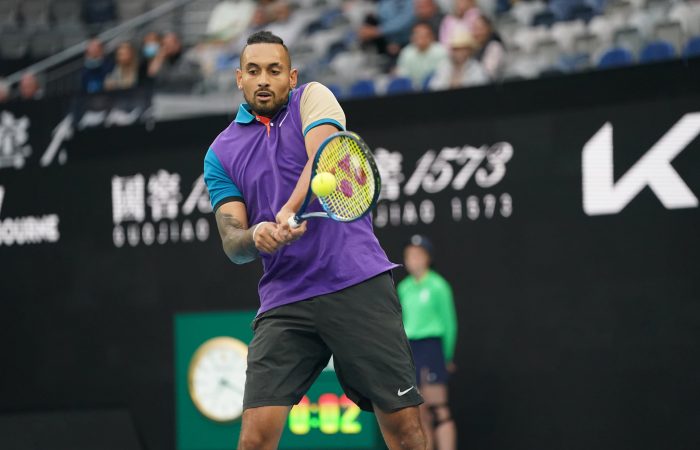 After local Nick Kygrios played a five-set thriller defeating Ugo Humbert, he will now advance through to Round 3 of the Australian Open. Kyrgios will take on Austrian Dominic Thiem, at John Cain Arena at 7pm Friday.

The Canberra community is preparing to throw their support behind Kyrgios at the Summer of Tennis Party, hosted at Yarralumla Tennis Club which will broadcast Kyrgios’ match on a giant screen and be a hive of activity.

Tennis ACT CEO Kim Kachel said the Canberra community will be right behind him, “Nick has contributed so positively on many fronts to the broader community; as recently evidenced in his support of those struggling through COVID and bushfires.  He loves Canberra and has always been a fantastic supporter of tennis across the ACT and region – he always puts his hand up to help us with projects and events.  It’s time for everyone to continue showing him our support and make some noise this Friday”.

“The event will be action-packed and we encourage locals to grab their mates, or their family and get ready to cheer on Nick. We will also have a raffle at the event, from which one lucky fan will win signed merchandise from Nick.  All proceeds from the raffle will go directly to support the NK Foundation”.

The Summer of Tennis Party will be run over two nights on Friday 12 and Saturday 13 February. There will be plenty of action happening on and off court, with a chance for fans to jump on court in Open Court Sessions, and ANZ Tennis Hot Shots lessons for the kids.

The Australian Open will be broadcast on a giant screen through Broadcast Partners Channel 9, Southern Cross Austereo. Fans will also be able to grab a bite to eat with Piallgo Estate, or a drink with Capital Brewing Co.

Gates will open at 5:30pm on Friday. Tickets are $5 per person, with all ticket proceeds directly supporting Canberra’s community tennis clubs.

Please note tickets are limited due to COVID-19 restrictions so we encourage everyone to get in quickly to avoid disappointment.

The match will also be screened at The Canberra Southern Cross Club which is a great venue to catch all the action. The club will also have tennis specials throughout the night,