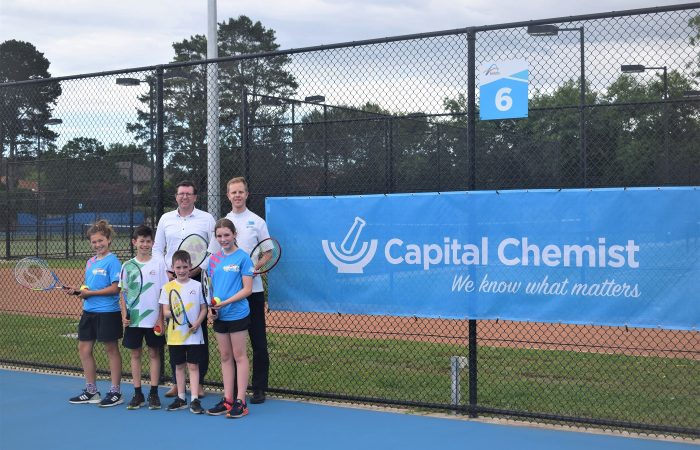 Tennis ACT are delighted to announce a new partnership with Australia’s premier community pharmacy Capital Chemist. Capital Chemist are onboard as Community Partners of Tennis ACT, and Supporting Partner of the inaugural Wally Masur Cup.

Tennis ACT CEO Kim Kachel welcomed the announcement, “We are thrilled to welcome Capital Chemist to the tennis family. Capital Chemist are leading by example on how local organisations can connect with the Canberra community. With the support from Capital Chemist, we are able to establish the Wally Masur Cup, giving students in years 5 and 6 the opportunity to compete in a friendly and supportive environment”.

Capital Chemist’s Community Programs Manager, Melita Flynn is excited about the community involvement, “Capital Chemist’s engagement with junior sports has always been our priority, to encourage young people to embrace the benefits of a healthy lifestyle and comradeship. We are proud to partner with Tennis ACT and in particular the inaugural Wally Masur Cup”.

Named after former Canberran and Tennis ACT Hall of Fame Inductee, Wally is a highly respected Australian tennis coach, television commentator, and former professional tennis player. Wally will make appearances throughout the program to motivate and support the students on their tennis journey. More information of the competition, and how students can get involved will be released in early 2021.

Locally owned and operated, Capital Chemist have grown to 21 outlets in Canberra, 20 in New South Wales, one in Queensland and seven in Tasmania.